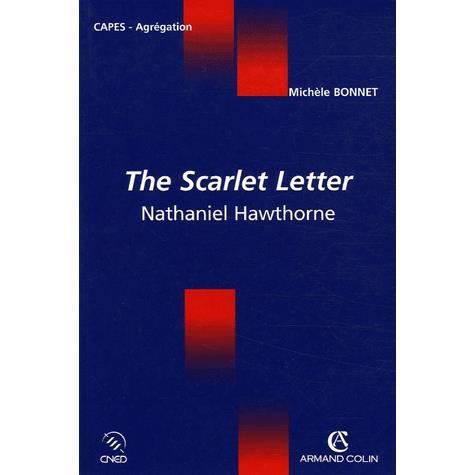 Of his four major fictions, two – The Scarlet Letter (1850) and The Marble Faun (1860) – are subtitled "a romance." The third, The Blithedale Romance (1852), includes the word in its title. As for the second, The House of the Seven Gables (1851), it comes with a preface that is a defense of the genre. Hawthorne repeatedly reflected and theorized on his favorite fictional mode, contrasting it with what was to him the inadequate form of the novel. The novel, he argues in the preface to his second romance, is primarily realistic. It has to do with what he typically called "the actual," that is to say the real, while romance is concerned with "the imaginary" or "the spiritual," also sometimes called "the mystical." The novel aims to represent reality ; it is imitative, mimetic in intention. It is supposed to be true to the external reality it depicts, to a referent lying outside itself. In the preface to The House of the Seven Gables, which draws a comparison between the two fictional genres, Hawthorne, or his authorial persona, claims that "the latter form of composition is presumed to aim at a minute fidelity, not merely to the possible, but to the probable and ordinary course of man's experience." Romance, on the other hand, deals with the unfamiliar, the improbable, what he labels "the Marvelous" (showing in this respect the filiation of modern romance with its medieval model, as well as with the gothic novel from which it also derives).Romance as defamiliarization and revelation

The sense of the Marvelous – the unfamiliar, the uncanny, the mysterious or mystical – which the narrator of the preface to The House presents as the typical feature of romance permeates the famous, emblematic passage of "The Custom-House" in which the narrator depicts the conditions necessary for the artist or what he more often calls "the literary man" to produce a romance (hence his conclusion that "at such an hour, and with this scene before him, if a man, sitting all alone, cannot dream strange things, and make them look like truth, he need never try to write romances," 29). The narrator starts off imagining himself sitting quietly at night in the familiar, domestic setting of his drawing room which, under the influence of the white moonlight that suddenly floods the place, assumes an altogether different appearance ; or rather is made to reveal, in this unaccustomed light, an unsuspected, hitherto hidden, secret, buried reality – a reality which reveals itself however in problematic terms. The scene (28-29) dramatizes and comments upon the general principles governing the genre of romance.

The setting, as we have just said, is "familiar" (and what could be more familiar than your own drawing room, your personal, private space ?) : the scenery is a "domestic" one ; the room is twice qualified as "familiar." The apartment is "well-known." The long enumeration of the "trifling" objects scattered in the room, the traces of its everyday life – a chair, a doll, a lamp, a work-basket, a sofa – further underscores this sense of familiarity, of reality or actuality, preparing for the central opposition between "the Actual," or "the real world" on the one hand, and "fairy land" or "the Imaginary" on the other. For "a change" ("nothing is too small or too trifling to undergo this change") suddenly occurs, transforming the familiar scene into an unfamiliar one. The instrument of this metamorphosis is the moonlight, white and sharp, which gives unwonted relief and distinctness to objects whose reality had so far been obfuscated by familiarity or custom : "All these details, so completely seen, are so spiritualized by the unusual light, that they seem to lose their actual substance, and become things of intellect." The result of this change in lighting is that everything has become "unusual," strange and remote ("whatever, in a word, has been used and played with, during the day, is now invested with a quality of strangeness and remoteness"1). You can now "dream strange things," have fantastic ("magic"), even uncanny visions, since "ghosts might enter here, without affrighting us." Romance is thus characterized as the dominion of the supernatural, where reality is turned upside down, the laws of reason and causality irrelevant, because it is the realm of "fairy-land," of the "Imaginary," the land most congenial to the "imaginative faculty" that is evoked, and in a way invoked, at the beginning of the scene, a land which brings to light a so far unsuspected reality and makes the invisible visible. The moonlight is "a medium," a catalyst, which operates a "change" (also signaled by the adverb "now") by conflating (they "meet") two apparently antithetical realities whose combination or overlapping results in the emergence, the unveiling or revelation, in Hawthornian terms (or we might also say, the epiphany), of a hitherto hidden truth. In this scene, it is signified in a minimal but paradigmatic way by "the dignity" with which trivial objects are suddenly invested : "Nothing is too small or too trifling to undergo this change, and acquire dignity thereby.""Somewhere between""the Actual and the Imaginary"

This is however only the first step in a complex process. The intrusion of "the Imaginary" does not mean the exclusion of "the Actual," which is rather included and assimilated by the former (we shall see that this process of integration or incorporation is also at work in the ethical field). Romance fuses the Actual and the Imaginary : it is "a neutral territory, somewhere between the real world and fairy-land, where the Actual and the Imaginary may meet, and each other imbue itself with the nature of the other." The territory of romance is then a meetingground that brings together and cross-fertilizes the real and the imaginary. This is not enough, however, to account for the nature of romance. The famous formula about the "neutral territory" specifies that romance lies "somewhere between" the real and the imaginary. The borderline between, or rather the intersection or the overlapping of the two2 is therefore porous, shifting, unstable, a remark which foreshadows the development about the "dim coal-fire" that comes in the next paragraph, tying the notion of romance to the key concepts of indeterminacy, instability, uncertainty, elusiveness. Spinning out the light metaphor, the narrator now adds on a new touch to his description, giving it a fresh twist : another type of light is required to achieve the intended effect. The white cold sharp moonlight, which has "spiritualized" the room and brought out hidden qualities in the objects it illuminates must merge with the warm ("ruddy"), soft ("dim,""faint") light ("gleam,""polish") of the coal-fire in order to complete its work. "This warmer light" must mingle with "the cold spirituality of the moonbeams." The description now accumulates adjectives ("dim,""faint"), participles ("haunted,""half-extinguished"), nouns ("gleam,""polish,""glow"), a verb ("smoulder"), all of which point to a diffuse and discontinuous, that is to say unstable, indeterminate light. Such is the visual materialization of the abstract idea that romance lies "somewhere between," in a shifting and ultimately unfixed space."The haunted verge" of the mirror : indirection and de-centering

The other related characteristics are those of distance, repetition (with a difference) and indirection. After the narrator has first qualified his description by specifying that the moonlight needs the complementary action of the coal-fire, he now gives a new turn of the screw by locating this new light not in the middle of the room, as might be expected, but by de-centering it onto the mirror hanging on the wall. The image of the mirror has been prepared for, three paragraphs earlier, by the metaphor of the imagination as "tarnished mirror" (tarnished as a result of the enfeebling influence of the custom-house) and, in...
S'identifier pour envoyer des commentaires.